TRON has announced the allocation for the $1,111,111,111 ecosystem fund they revealed in November 2021. The fund was established to foster the growth and development of the TRON ecosystem over 10 years.

TRON has been a long-time proponent of the decentralization of the Internet via blockchain technology. Since completing full decentralization in December 2021, the TRON DAO ecosystem continues to thrive with fast speeds, high scalability, and low costs. As of April 28, 2022, it has industry-leading performance with over 89 million users on the blockchain, more than 3 billion transactions, and over $8 billion in total value locked (TVL).

The first recipients of the ecosystem fund were Sun V2.0 and JustLend, receiving $24.899 million as liquidity mining rewards. Another $150 million will be distributed as mining and staking rewards through various other competitive protocols in the ecosystem. Of the remaining funds, $600 million will be devoted to broadening the DeFi landscape by investing in a wide range of unique and innovative DeFi projects on the TRON network.

DeFi continues to be a crucial movement for the crypto space as it enables financial services to operate in an open, accessible, and transparent digital form. As a community-governed DAO, powering the future of DeFi is aligned with TRON’s vision of a decentralized future. Thousands of developers worldwide are working towards advancing the DeFi industry, making strides in network security and user experience.

TRON DAO has also established the TRON Grand Hackathon to encourage the evolution of the TRON and BitTorrent Chain (BTTC) ecosystem across the Web3, NFT, GameFi, and DeFi industries. TRON spent $500,000 for Season 1 of the Hackathon and has further allocated $1 million for Season 2. More details will be made public in the coming months.

Compatible with EVM, BTTC facilitates the seamless transfer of assets across mainstream public chains, including TRON, Ethereum, and BNB Chain. In the DeFi space, BTTC works as a bridge for industry-leading DeFi ecosystems, enhances asset liquidity for billions of dollars, and creates value for end-users. Confirmations within three seconds, an average transaction fee of under $.01, and up to 7,000 TPS (transactions per second) are just a few of the major features of BTTC, along with the one-click migration of smart contracts from ETH and BNB networks.

TRON is dedicated to accelerating the decentralization of the internet via blockchain technology and decentralized applications (dApps). Founded in September 2017 by H.E. Justin Sun, the TRON network has continued to deliver impressive achievements since MainNet launch in May 2018. July 2018 also marked the ecosystem integration of BitTorrent, a pioneer in decentralized Web3 services boasting over 100 million monthly active users. The TRON network has gained incredible traction in recent years. As of April 2022, it has over 89 million total user accounts on the blockchain, more than 3.1 billion total transactions, and over $8 billion in total value locked (TVL). In addition, TRON hosts the largest circulating supply of USD Tether stablecoin across the globe, overtaking USDT on Ethereum since April 2021. The TRON network completed full decentralization in December 2021 and is now a community-governed DAO. Most recently, the algorithmic stablecoin USDD was announced on the TRON blockchain, backed by the TRON DAO Reserve, marking TRON’s official entry into decentralized stablecoins. 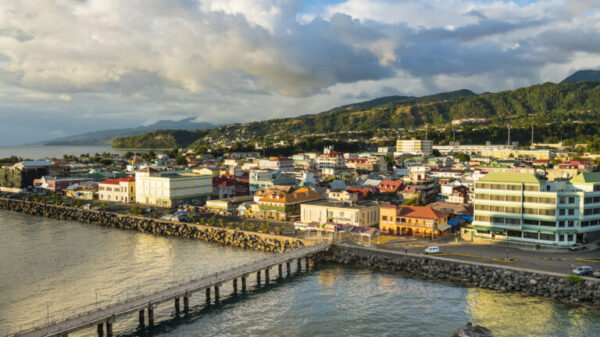 The Commonwealth of Dominica in the Caribbean reportedly issued its national token, DMC, on Tuesday, in partnership with crypto exchange Huobi Global, TronDAO and... 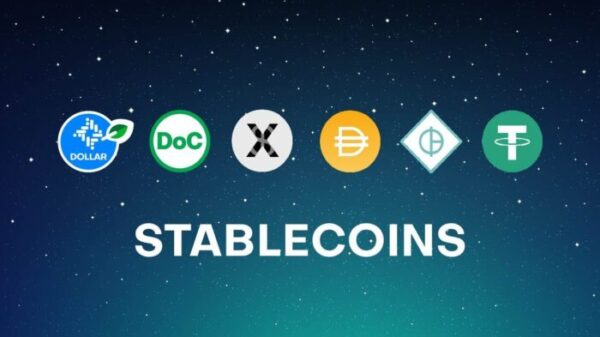 The Fall of Terra and the Trust in Algorithmic Stablecoins

TRON surges by 23% as people have started to believe that over-collateralization can safeguard against USDD depeg. Do people still have faith in an...