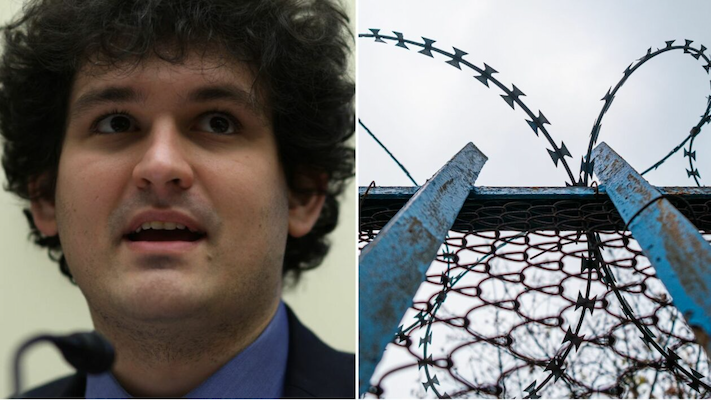 Sam Bankman-Fried, the founder of FTX, was detained by Bahamian authorities on Monday night after the Southern District of New York’s US Attorney shared a sealed indictment with them, paving the way for his extradition and eventual trial in the US. He was the driving force behind the collapse of the crypto exchange.

His arrest marks the authorities’ first significant step toward holding people accountable for the multibillion-dollar collapse of FTX last month.

Bankman-Fried was scheduled to appear before the House Financial Services Committee on Tuesday before his arrest was made public, but his attorneys have announced that he will not be there. His arrest “surprised” Rep. Maxine Waters, D-Calif., who chairs that committee, who expressed disappointment that Congress wouldn’t be able to hear from him on Tuesday.

The federal government planned to “unseal the indictment in the morning,” according to U.S. Attorney Damian Williams for the Southern District of New York.

According to the New York Times, which relied on a source with knowledge of the situation, the charges include money laundering, securities fraud, wire fraud, and conspiracy to commit wire fraud.

violations of our securities laws, which will be filed publicly tomorrow in the Southern District of New York.

According to Ryan Pinder, the Bahamas’ attorney general, the United States “is likely to request his extradition.” His arrest was confirmed by the Royal Bahamas police, who added that he would show up in magistrate court in Nassau on Tuesday.

The Bahamas and the United States have a shared interest in holding accountable all individuals connected to FTX who may have betrayed the public trust and broken the law, according to a statement from Bahamian Prime Minister Philip Davis.

The Bahamas will continue its own regulatory and criminal investigations into the collapse of FTX, with the continued cooperation of its law enforcement and regulatory partners in the United States and elsewhere, while the United States is pursuing criminal charges against SBF individually.

Attorneys for FTX and Bahamian regulators had been fighting bloody battles in court and in the court of public opinion. Earlier Monday, FTX attorneys accused the Bahamian government of allegedly working with Bankman-Fried to spirit away FTX assets from company control and into crypto wallets controlled by Bahamian regulators.

The fact that Bahamas law enforcement detained Bankman-Fried and anticipate extraditing him indicates that the Bahamas and the United States will work closely together as the bankruptcy process progresses. Since the early 20th century, when the Bahamas were still governed by the British, the United States and the Bahamas have had an extradition agreement in place. The requesting party must present an arrest warrant that has been issued by a judge or “other competent authority,” according to the current treaty, which was signed in 1990.

Bankman-Fried left his position as CEO and FTX and its affiliates declared bankruptcy in November. A run on assets resembling a bank run led to the spectacular implosion of the cryptocurrency trading company.

When CoinDesk reporting revealed a highly concentrated position in self-issued FTT coins, which Bankman-hedge Fried’s fund Alameda Research used as collateral for billions in cryptocurrency loans, this led to FTX’s collapse. When rival exchange Binance said it would sell its holding in FTT, there was a significant outflow of money. A few days after the assets were frozen, the company filed for bankruptcy. According to later reports, FTX mixed customer funds with those of Bankman Fried’s cryptocurrency hedge fund, Alameda Research, and billions in customer deposits were lost in the process.

John J. Ray III, who had oversaw Enron’s bankruptcy, took over for Bankman-Fried. This week, Ray will also appear before Congress to give a testimony. In prepared remarks made public on Monday, Ray claimed that FTX engaged in a “spending binge” between the end of 2021 and the beginning of 2022, during which time roughly “$5 billion was spent buying a myriad of businesses and investments, many of which may be worth only a fraction of what was paid for them,” and that the company made more than $1 billion in “loans and other payments…to insiders.”

Legal professionals advised CNBC that Bankman-Fried might be sentenced to life in prison without the chance of supervised release if the federal government pursues charges of wire or bank fraud. It would be unusual but not extraordinary to impose such a harsh penalty. Ponzi scheme architect For his massive ponzi scheme, Bernie Madoff received a 150-year prison sentence, which is equivalent to a life sentence. The collapse of FTX already resulted in BlockFi lender’s demise and has completely disrupted the market