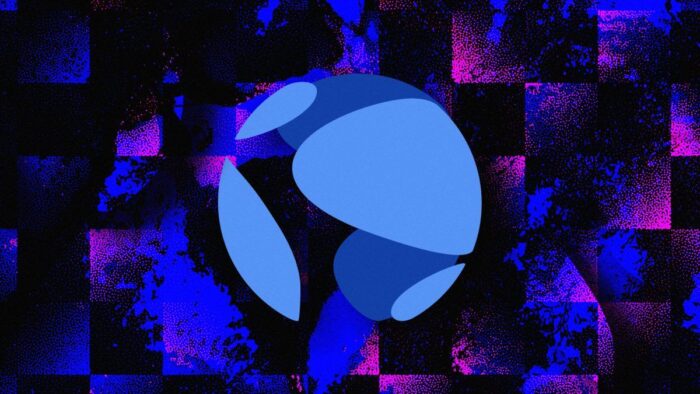 Crypto history was made this week as one of the most popular stablecoins, TerraUSD (UST) lost its peg to the US dollar and then, over the course of a few days, collapsed to below $0.30.

The stablecoin began to lose parity with the US dollar over the weekend. Despite expensive attempts this week by UST’s backers to maintain the peg, the coin has fluctuated wildly in price and has failed to regain its peg.

As of writing, UST is now trading at around $0.68 on Binance against Tether’s USDT, the most voluminous trading pair for UST. And Luna, Terra’s native asset that is supposed to help UST maintain its peg, is down to around $1.25, from $84 a week ago.

The UST situation is complicated and has unfolded very quickly. Here’s a rundown of how we got to this point — and why it all matters.

A stablecoin is a type of cryptocurrency whose value is supposed to maintain parity with that of a non-volatile asset, most commonly the United States dollar.

Traditional stablecoins like Tether’s USDT and Circle’s USDC are said to be backed by cash and other assets. There are also crypto-collateralized stablecoins, most prominently Maker’s Dai.

UST, which was created by a startup called Terraform Labs, fits into the somewhat loosely defined category called “algorithmic” stablecoins. Instead of relying on collateral, these coins are designed to use market incentives to maintain their pegs.

Terra launched in 2018, with backing from Binance Labs, OKEx, Huobi Capital and Dunamu, the firm behind Korea’s Upbit. UST launched in the fall of 2020, and the stablecoin saw massive growth during the bull market of 2021.

Do Kwon, CEO of Terraform Labs, described how UST is supposed to work on a recent episode of The Scoop:

“Just in case a de-pegging event happens — so for example if TerraUSD is trading for $0.90 — an arbitrageur can simply buy up TerraUSD from the open market and then trade it against the protocol for a dollar’s worth of Luna, thereby capturing 10% arbitrage profit that way. And vice versa, if TerraUSD is ever trading at $1.10, you can buy a dollar’s worth of Luna from the open market, mint TerraUSD and then sell that to capture 10% profit on the other side.”

That’s supposed to maintain the peg. But beyond that, a non-profit based in Singapore called the Luna Foundation Guard, or LFG, had been raising enormous amounts of funds — mostly in the form of bitcoin — to serve as a “forex reserve” for UST.

In February, The Block reported that LFG had raised $1 billion to form a bitcoin reserve for UST. In March, Do Kwon revealed that LFG upped the number to $2.2 billion for its bitcoin reserve and had a long-term goal of $10 billion. In April, it added $100 million in AVAX tokens and an additional $231 million worth of bitcoin.

On May 5, LFG said it had purchased $1.5 billion worth of bitcoin, bringing the total in the reserve to $3.5 billion.

Then, something happened this weekend that caused a large amount of UST selling. As crypto researcher (and former researcher at The Block) Mika Honkasalo explained on on another recent episode of The Scoop, on-chain data showed “lots of large selling of UST into other stablecoins.” The reason for this is still not entirely clear.

That selling pressure caused UST to lose parity with the dollar. That’s not the first time this has happened. In May of 2021, the price of UST fell as low as $0.96 before recovering.

But on Monday, the price fell to as low as $0.61. The same day, the LFG said it would “defend” the peg by lending out $1.5 billion in bitcoin from its reserve to over-the-counter trading firms so they could support the market activity and help maintain parity with the dollar.

Later that day, the stablecoin regained some of its losses, climbing back above $0.90.

Then, The Block reported that the LFG was seeking $1 billion more from large crypto investors. Later on Tuesday, the price began declining quickly again, falling to around $0.30.

On Wednesday, one of the “big four” exchanges in Korea suspended Luna trading to its users, affecting how some traders in certain parts of the world can restabilize the Terra ecosystem.

Meanwhile, Anchor, the native token of Terra’s dominant DeFi platform Anchor Protocol, is down more than 70% in the last day. Before the UST collapse, Anchor, which is supposed to pay out 19.5% yield to lenders of UST on the platform, was already on pace to deplete its own reserve within two months.

On Wednesday, Do Kwon laid out plans to help bring UST back to market parity. The plans include absorbing the increased UST supply from holders selling it off, increasing Luna minting by 400% to let more UST holders cash out, and increasing the amount of UST that can be sold for Luna each day.

But the collapse has left a huge amount of uncertainty and distrust in its wake.

It’s far from clear that it will ever regain its peg — much less the trust it needs to be sustainable.

Besides that, the fallout will have massive implications for the cryptocurrency and DeFi scenes more broadly. To begin with, is Terra’s approach to stablecoins unviable? Other Layer 1s, including Tron and the Near Protocol, plan to pursue similar designs. The ultimate goal is to create truly decentralized stablecoins that are beyond the reach of regulators.

Speaking of regulators, if they weren’t paying attention to this trend before, they certainly are now. In a Senate hearing on Tuesday, US Treasury Secretary Janet Yellen referred to UST by name as she once again asked Congress to pass legislation regulating stablecoins.