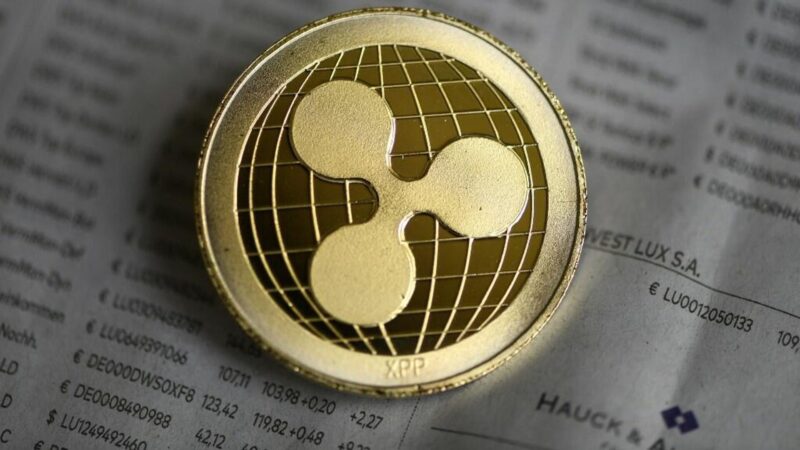 The Ripple (XRP) coin has maintained its uptrend movement and gained some additional bids above $0.378571. Ripple is thought to be one of the best cryptocurrencies that has been doing well recently.

Most of the XRP gains occurred following the announcement that the Ripple summary judgment briefs could now be accessed by the general public. As a result, Ripple’s hourly chart showed a huge green candle, and the price of Ripple rose by 5% in less than an hour, which was a surprise.

Hence, the long-running Ripple and SEC lawsuit was regarded as the reason for XRP’s positive price.

According to Ripple, the asset does not pass the Howey Test for securities, which has strongly defended it. Meanwhile, the SEC has maintained that Ripple and several members of its team engaged in an unregistered securities offering. Because of this, the case is almost over, and the market thinks Ripple will do well.

XRP is still up 8.84% in the last day and 7.43% in comparison to several cryptocurrency assets that were mostly trading flat. Furthermore, the rise in Ripple prices was aided by a recovering crypto market and a weak US dollar.

A Quick Summary of the Ripple and SEC Case

The ongoing litigation between Ripple and the SEC could be linked to the current price rally in XRP. The SEC sued Ripple in December 2020, alleging that the company’s sale of XRP, the native currency of Ripple Labs’ XRP Ledger, constituted an unregistered security offering worth more than $1.38 billion.

On Saturday, the US Securities and Exchange Commission and Ripple Labs Inc. sought a summary judgment to end the lawsuit without a trial. Ripple and the US markets regulator filed motions asking Judge Analisa Torres of the US District Court for the Southern District of New York to issue a summary judgment, which is a decision based on statements and evidence rather than a full trial.

According to Nadia Ho, a New York-based legal expert on Web 3.0 and digital law, granting such a summary judgment could result in a significant doctrine that aids legislators in defining decentralized transactions. The SEC also named Chris Larsen, the executive chairman of Ripple, and Brad Garlinghouse, the CEO of the company, as co-defendants for allegedly helping Ripple do what it did.

Ripple’s Position on the Lawsuit

On the other hand, Ripple stated in its Saturday filing that “Ripple had and has no contract with numerous XRP recipients and was not even involved with most XRP trades in the secondary market.” Furthermore, Ripple stated that many assets are purchased for profit without being converted into securities, even if some investors purchase XRP for speculative purposes.

The SEC also said that Ripple made investors think that buying XRP would make them money when it wouldn’t. According to the SEC, Garlinghouse boasted about XRP’s 20,000% value growth and stated that Ripple’s “investment in” XRP was “just getting started.”

Ripple responded that there is no evidence from which a reasonable fact-finder could infer that buyers of XRP expected benefits from Ripple’s actions, as opposed to market factors affecting cryptocurrencies in general.

According to Garlinghouse, CEO of Ripple, who tweeted this on Sunday, the SEC isn’t interested in applying the law, and the regulator wants to recreate it all in an illegal effort to expand its jurisdiction far beyond the authority provided by Congress. As a result, the case is ending, and the market believes Ripple will succeed.

Ripple is likely to remain bullish if a bullish engulfing pattern forms outside of a symmetrical triangle. A break above $0.4235 has the potential to push the XRP price up to $0.4500 or $0.4636.

On the downside, Ripple’s immediate support is at $0.3865, and a bearish crossover below this level could send XRP down to $0.3550. Because the MACD and RSI are in favor of a buying trend, consider remaining bullish above $0.3860.