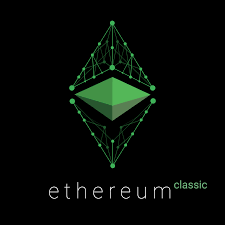 As the Bellatrix Upgrade came in the last week of August, we knew there was no longer stopping the Merge. The entire crypto crowd is more than bullish about this transition to more environmentally friendly, Proof-of-stake mechanisms. However, the Ethereum miners, who have spent hundreds of dollars to create a Proof-of-Work mining business, are left holding the bag. But there is a positive in all of this, Ethereum Classic (ETC) has started pumping.

What is Ethereum Classic?

A year after the release of the Ethereum Mainnet in July 2015, a third party hacked THE DAO Project.

It was one of the world’s first Decentralized autonomous organizations that served as an open-source venture fund for the crypto projects on the Ethereum blockchain. The system was new, and the vulnerabilities were many. Someone took advantage of that situation and siphoned one-third of the project’s funds, which would be $11 billion by today’s count.

The attack led Vitalik Buterin to devise a drastic solution: a hard fork. Ethereum Foundation then went ahead and created the new Ethereum Chain, which is governed by the #1 altcoin in the world.

Not everyone was on board with this decision. The opposers cited the “Code of Law” and said that no one should bend blockchain according to their whims. As a result, they chose to stay with the old chain, and thus, Ethereum Classic was born.

Ethereum Classic ranks #18 as the biggest cryptocurrency by market capitalization and has a maximum supply of 210.7 million tokens.

The Arrival of Merge and the Fear of Miners

According to Messari, a research firm, Ethereum mining is a $19 billion industry. Miners out there have spent millions, if not hundreds of thousands of dollars, to set up mining rigs to earn Ethereum. As the latest shift to Proof-of-Stake puts their livelihoods at stake, they have started to scramble – looking for alternative ways to make money.

And it doesn’t help them that all cryptocurrency exchanges – at least the major ones – have also decided to stand by ETH’s proof-of-stake decision and do not plan to entertain Ethereum miners anymore.

That leaves a lot of high-end computing equipment without any new use. While we can go gung-ho about the environmental concerns of mining, the reality isn’t as cut and dry.

The diverse Ethereum has everyone from miners from Ukraine trying to run their rigs from balconies to buy necessities to pensioners in Argentina mining Eth to double their pensions. These are two of 1 million miners who are afraid but have found another cryptocurrency to focus on: Ethereum Classic.

The Rise in Ethereum Classic Miners Increasing the Hash rate

There has been a drastic jump in the Ethereum hash rate as of late, signaling the arrival of new miners into the system. The crypto market intelligence firm Messari reported that the hash rate went up to 42 trillion hashes per second.

The popularity of ETC is continually rising within the mining community, whose members are forced to enter a lower-priced crypto ecosystem to hedge their losses. The ETC price increased almost parabolically in the middle of the day on September 5th, going from $33 to $41.

The price retraced quickly afterward back to $33 before bouncing just above $34. But it seems that the bullish developments about ETC have just started.

BTC.Com to Support Ethereum Classic After the Merge

BTC.com, a popular Blockchain explorer and mining tool, has added support for Ethereum Classic days before the Merge finally lands.

The mining tool has launched BTC.com ETH pool to enable ETH miners to switch to Ethereum classic post-merge. To attract more miners, the BTC.com devs have made ETC mining “zero fees” for the first three months. It is a reward to miners who come together in support of BTC.com.

Additionally, the BTC.com team has also launched an official tutorial for ETC mining to make the transition easier.

Ethereum’s Merge has pushed many miners to join the Ethereum Classic’s ecosystem, even if they suffer major losses. Many believe that their partnership with ETC is a “something better than nothing” situation, and rightly so. Their sentiments are shown in the ETC price charts as well. While the token did experience a major price pump, it retraced quickly and is currently trading at $34.18.

There are no real use cases for Ethereum Classic right now, and it seems the pump is the last ditch effort by the current miners to salvage their situation. Cardano Founder, Charles Hoskinson, has even come out to say that Ethereum Classic only exists out of spite for the new ETH.