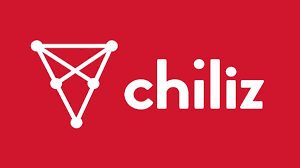 Despite the cryptocurrency market’s ongoing bearish trend, the Chiliz (CHZ) coin has extended its winning streak and gained additional bids above the $0.2287 mark. Chiliz has once again demonstrated that it is one of the most volatile assets on the market. The CHZ price has performed admirably over the last few weeks. However, the fundamental value of the cryptocurrency used by sports fans to interact with their favorite teams via blockchain technology could be attributed to its upward rally.

Alexandre Dreyfus, the creator of Chiliz, announced that the company would stop using the Ethereum blockchain to launch its fungible and nonfungible tokens and instead use its native chain, CHZ 2.0. As a result, the announcement helped rally the Chiliz network. La Picque, who previously founded the Geneva-based blockchain consultancy Encrypted, joins Chiliz from the blockchain platform Covantis. Unfortunately, this news has yet to have a significant impact. In contrast, the ongoing crypto market sell-off and a strong US dollar were key factors limiting any further gains in Chiliz coin prices.

Trading activity for CHZ has increased significantly, which is consistent with the token’s rapid price rise. According to market data, the growth was instinctual, and our observations showed no token speculation. Despite the current market crash, Chiliz has proven to be one of the market’s most independently moving assets, with the token’s value increasing by more than 13% in the last seven days. Chiliz projects have historically been viewed as experiencing rapid growth due to several significant agreements and upcoming major athletic events.