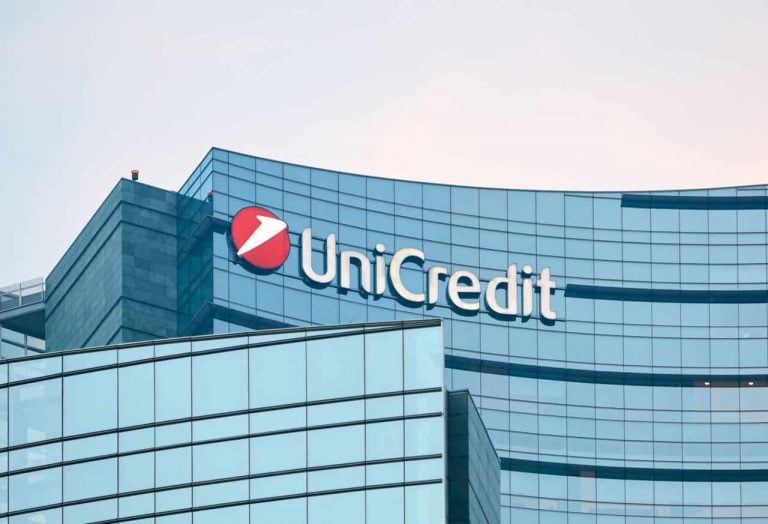 In the first round of a two-year controversy over closing a current account belonging to a cryptocurrency mining farm, UniCredit Bank is forced to pay a €131 million (around $143.84 million) fine to the affected company.

The popular Italian bank’s branch office in Banja Luka, Bosnia and Herzegovina, had been called before the local court in a lawsuit brought up by the country’s subsidiary of the Italian crypto mining company Bitminer Factory, as reported by La Repubblica on March 27.

In the lawsuit, the bank stood accused of the wrongful closure of accounts belonging to the company which describes itself as the “first and largest mining farm” in Italy. The court accepted the company’s argument that it had suffered losses and awarded it €131 million in damages.

The company asserted that the closure of its accounts had “hindered its initial coin offering (ICO) in relation to a startup project in the cryptocurrency mining sector with renewable energy in Bosnia and Herzegovina.”

Bitminer Factory d.o.o Gradiska was launched in Bosnia and Herzegovina due to lower electricity costs in the country, while the affected accounts were opened with UniCredit Bank Banja Luka.

After accepting the first instance of the multiple requests made by the mining company to withdraw the mined cryptocurrency, the bank started rejecting them on account of “not being able to do business with digital currency suppliers and exchange platforms.”

However, the court ruled that the bank had in no way proven it had any written rules prohibiting the formation of business relationships with clients dealing with cryptocurrencies.

According to the local media, the bank has already filed an appeal against the court’s decision, claiming that it “is not definitive, binding, nor enforceable.”

UniCredit had added that its “possible liability will be determined only by the definitive outcome of all available procedural remedies and not before the filing of a definitive and binding sentence by the appeals court.”

The farm’s attempt at operating in Bosnia and Herzegovina was influenced by the massive amounts of electricity consumed in mining Proof-of-Work (PoW) cryptocurrencies such as Bitcoin (BTC) and the country’s lower electricity rates.

Miners all over the world have been struggling with mitigating these costs, resorting to practices ranging from stealing electricity worth hundreds of millions of dollars, to building solar-powered mining rigs.