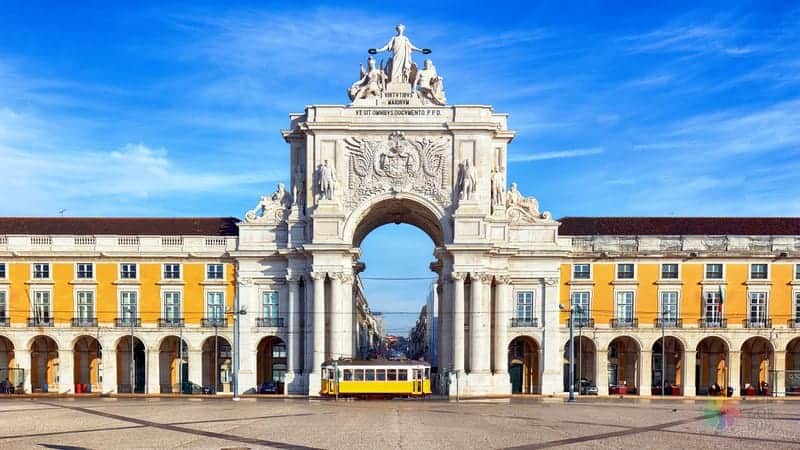 Ukrainian citizen Maria Yarotska drove for six days to Lisbon to escape the war in her country and still be employed.

Yarotska’s employer is NEAR, a blockchain company having a Ukrainian co-founder, that recently set up an office in Europe’s westernmost country, Portugal. The company has become a supporter of Ukrainian refugees fleeing the country in the aftermath of Russia’s invasion, and Yarotska feels right at home there. “I have a lot of colleagues here,” she said from her temporary dwelling in Lisbon last week. “They’ll help me legalize my documents so that I can stay.”

Portugal is one of many western European countries providing refuge to displaced Ukrainians, but holds particular appeal for workers in the crypto industry, having been established as a hub with no taxes on digital currency profits. Affordable homes, mild temperatures, and an established Ukrainian community have also attracted crypto enthusiasts, with the Ukrainian community being the fifth-largest group of foreign nationals in the country before the Russian invasion.

Since Russia’s attack on Ukraine, Portugal laid out the red carpet for 13,000 Ukrainians fleeing the devastation in their homeland, simplifying and expediting the requisite entry procedures. The Portuguese Immigration and Border Services has said that this is about the same number of Ukrainians that entered the country between 2015 and 2021, bringing the total to 40,000 as Ukrainians become the third-largest group of expatriates, following the Brazilian and British contingents.

One software developer, Valentin Sotov, after fleeing his homeland with just a backpack and a laptop, sees Portugal as a key market for the crypto industry. He is developing a crypto-based metaverse game, Amber, and sees Portugal as “a big opportunity for our product because we can work with a lot of IT people in one place.”

Indeed, Portugal hosts the annual Web Summit, an important technology conference, and informal convocations at bars to discuss hot crypto topics.  Portuguese entrepreneurs have founded a small number of private crypto startups, worth over $1B. Anchorage Digital, a digital asset bank with offices in northern Portugal, has a Portuguese founder.

Many crypto enthusiasts join from Spain

Crypto adherents from Spain are jumping across the border into Portugal, following the Spanish government’s ruling that all crypto holders need to declare their holdings to prevent tax evasion.“Two out of every three people who come to consult me leave,” said Maria Extremadouro, a lawyer in Vigo, Spain, specializing in blockchain and crypto legislation. “There’s lots of talent leaving for Portugal.”

It may be awhile before Ukrainian expatriates feel at home because of the language barrier and unfamiliar surroundings, but Yarotska has found a home and a school for her daughter. “I think it’s safe to say I’m fine,” said Yarotska in a Telegram message this week.