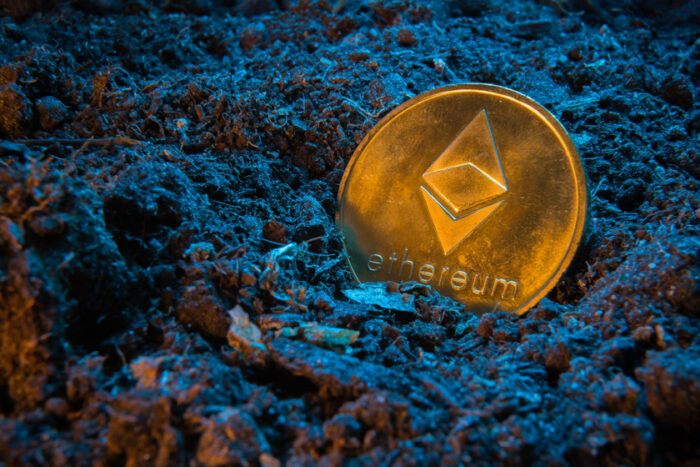 Ethereum, the second-largest cryptocurrency by market capitalization, is currently in freefall. Over $124 billion in capital vanished from the Ethereum (ETH) decentralized finance (DeFi) in six weeks.

The start of 2022 was unstable for the cryptocurrency market, particularly ETH, but in previous weeks, things have become much more complicated. However, the larger crypto market continues to fall due to macroeconomic uncertainty fueled by an unstable stock market, interest rate hikes, and the fear of crisis.

Glassnode, a blockchain analytics firm, released a report on June 17. The report was titled “The Great DeFi Deleveraging.” The report stated that over $124 billion in the capital had been drained out in only six weeks from the Ethereum DeFi market. As a result, its market value is deleveraging rapidly.

According to their statement, many reasons have sparked a wide range of margin calls, liquidations, and deleveraging. These reasons include worldwide monetary policy tightening, the growing strength of the US dollar, and decreasing values of risk assets.

Their analysis looks at some early warning signs that predict a drop in ETH usage and community demand after the November 2021 all-time high of ETH value.

They claimed that on-chain activity and Ethereum gas prices had decreased over six months. This indicates a drop in overall Ethereum network activity.

Across many facets of the Ethereum ecosystem, the demand profile has been waning, with general application usage in decline, and network congestion easing after the Nov 2021 ATH, and a cooling off of NFT markets becoming evident in recent weeks.

TVL on Ethereum Dropped By 60%

According to the report, Ethereum’s TVL (Total Value of All Ether) dropped by 60% in six weeks. The decline occurred in two stages. In May, the Terraforms Lab’s project collapsed and caused a $94 billion loss. And in June, ETH fell below $1,000, resulting in a $30 billion loss.

By the report, there have only been two higher magnitude deleveraging events:

Glassnode stated that the deleveraging event taking place is painful and is similar to a mini-financial crisis. However, they added that although this is difficult, it provides an opportunity to eliminate excess leverage and rebuild healthily.