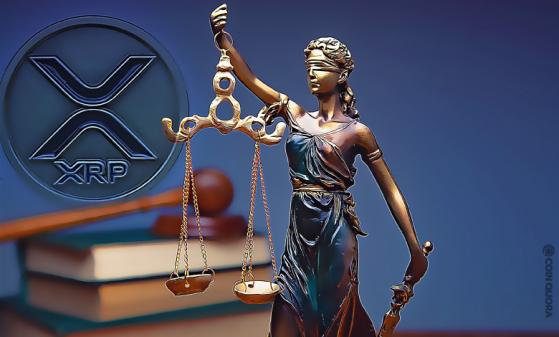 In a recent interview, Ripple CEO Brad Garlinghouse talked about how the U.S. Securities and Exchange Commission (SEC) views cryptoasset XRP vs how it looked at by financial regulators in other major jurisdictions.

As you may remember, on 22 December 2020, the SEC announced that it had “filed an action against Ripple Labs Inc. and two of its executives, who are also significant security holders, alleging that they raised over $1.3 billion through an unregistered, ongoing digital asset securities offering.” Essentially, the SEC is arguing that XRP is a security under U.S. federal securities laws.

Throughout this lawsuit, Ripple’s legal team has been using the “fair notice” (or “due process”) defense. On 15 March 2021, Kevin Chen, an attorney at Homiak Law LLC, took to Twitter to explain how this defense works and more specifically how Ripple is using it:

On 11 March 2022, Analisa Torres, who is a judge for the U.S. District Court for the Southern District of New York, denied a motion the SEC had made to strike Ripple’s fair notice defense under Federal Rule of Civil Procedure 12(f).

Stuart Alderoty@s_alderoty·Mar 11Today’s order makes it clear there’s a serious question whether the SEC ever provided Ripple with fair notice that its distributions of XRP – since 2013 – would ever be prohibited under the securities law.

On the same day, Ripple CEO Brad Garlinghouse called this “a huge win for Ripple“.

On 14 March 2022, Ripple CEO Brad Garlinghouse was interviewed by Bloomberg TV anchor Emily Chang. When she said Garlinghouse to explain what this victory mean to Ripple and to the crypto industry, he replied:

“Really, I think it is a victory not just for Ripple the company, but also the whole crypto industry because the SEC, I think, has consistently tried to take point, really expand their reach and their control over the crypto industry. We’ve seen that not just with Ripple, but in other cases…

“The executive order came out and really said to all agencies ‘hey, we need to be coordinated… if we want the United States to be competitive in this key technology platform, we need to not have one group behaving in one way and another group behave in another way’… So, we’re really pleased by, not just the court’s decision, but also in the executive order that came out last week.“

Chang then asked Garlinghouse if he believes that the SEC is “taking a tougher stance than the administration at large”.

“The only country in the world that considers XRP — the digital asset that Ripple uses in our technology stack — the only country in the world that thinks XRP could be a security is the United States. We work successfully in the UK, in Switzerland, in Japan, in the UAE, in Singapore. All of these countries have acknowledged XRP is a currency because that’s how it’s used.

“If we want the US to be a leader in this new growing critical innovative industry, like the internet 20 years ago, we need that regulatory clarity. And the SEC is really just coming out and saying ‘we are going to file lawsuits, enforcement, we’re not going to provide clear rules so that people know how to operate as other countries have done‘.”

In this article:Crypto, Featured, Ripple, XRP