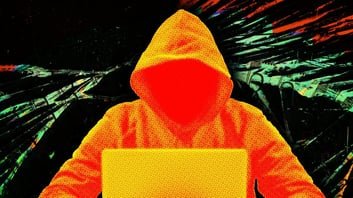 Around 12:50am UTC today, an unknown hacker began draining NFTs from an Ethereum wallet owned by Cheong. Cheong himself later confirmed the hack with statements posted on Twitter.

Security firm PeckShield estimated that the stolen assets included 17 Azuki, 5 CloneX, 2 Hedgies, and 33 Second Self — all popular NFT collections — which the hacker then sold on marketplaces such as OpenSea. The hacker also transferred other tokens like wrapped ether, Lido DAO Token, LooksRare and DYDX to a wallet in their control.

Overall, the perpetrator’s wallet currently contains about 585 ETH ($1.7 million) that can be traced back to Cheong’s wallet. The sum may further increase as the hacker still appears to be in the process of moving funds, according to Cheong.

The DeFiance founder said the hacker used a ‘spear phishing’ email to deploy malware on his device, which extracted the seed phrase to his crypto wallet. He also shared a screenshot of the email.

“Found out the likely root cause for the exploit; it’s a targeted social engineering attack. Received a spear-phishing email that really seems to be sent by one of our portco with content that seems like general industry-relevant content,” Cheong said.

This is not the first time hackers have successfully stolen valuable NFTs from a high-profile investor. In one incident in January 2022, a New York based NFT collector named Kramer said that someone had hacked their wallet and stolen $2.2 million worth of Bored Apes and Mutant Apes.

This article is provided for informational purposes only. It is not offered or intended to be used as legal, tax, investment, financial, or other advic