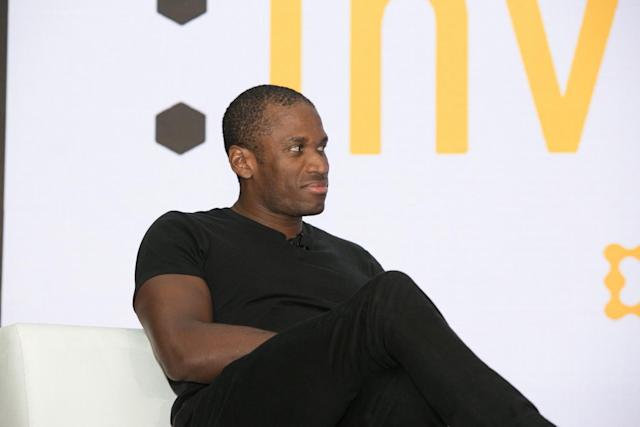 BitMEX co-founder and former CEO Arthur Hayes said the ailing state of global stock markets might lead to a crypto crash in the second quarter — and he’s buying put options as protection.

In his latest blog post today, the former investment banker claims crypto is moving in tandem with US technology stocks and Russia’s invasion of Ukraine will damage them both. While he remains bullish on crypto prices over the long term, he puts forward the view that they’re standing on the precipice of a “calamitous outcome.”

The premise is based on the idea that if the Nasdaq 100 drops, it will drag down crypto with it. He puts forward a range of charts showing the correlation between traditional markets and crypto to back up this suggestion.

What’s more complicated is why he argues the Nasdaq 100 will go down. Part of the reason is the impact caused by the Russian invasion. Hayes writes, “Global growth will decline on higher commodity prices driven by the continuation and possible escalation of the Russia / Ukraine war.” He adds that this will hurt the price of stocks.

The second argument is that falling interest rates tend to support the Nasdaq 100, while the world is currently seeing higher interest rates in response to inflation.

The third element is based on looking at the chart for the Nasdaq 100. Hayes says that the tech index failed to bounce significantly on a key technical level, suggesting that it may go lower.

Put together, he’s bearish in the short term. Hayes estimates that bitcoin could go as low as $30,000 before the end of June, with ether falling to $2,500.

Looking beyond bitcoin, Hayes says he’s been accumulating some other cryptocurrencies as they’re at much lower prices. But he remains concerned that they will drop lower during this year. “Even though some of these coins are already down 75% from their all-time high, I don’t believe even they can escape the coming crypto carnage,” he says. As a result, he’s hedging his bets by buying put options that would perform well if the market crashes this quarter.

Hayes accepts that this analysis may not play out fully. “I will be wrong if the correlation between Bitcoin / Ether and [Nasdaq 100] starts dropping before a crash in risk asset markets,” he says. But he acknowledges that he’s fine with that since he maintains a long position on crypto over the longer term.