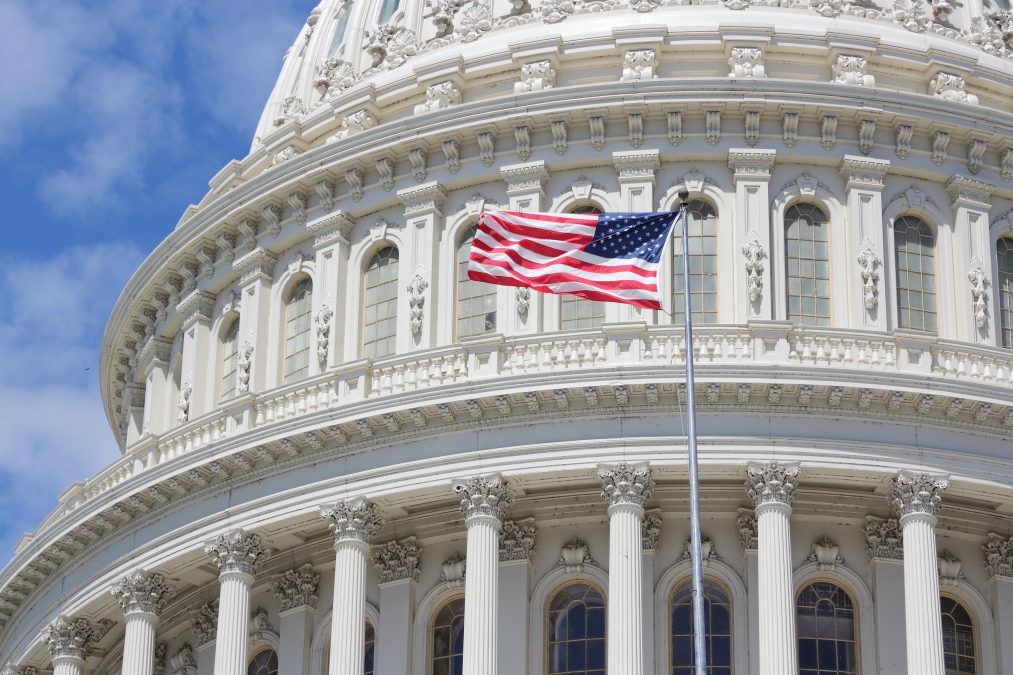 The crypto lobby keeps growing, and so have its expenses.

Industry stakeholders and associated companies spent approximately $4.4 million on federal lobbying in the US in the first quarter of this year.

That figure just barely edges out the $4,324,663 from the last quarter of 2021, which capped a year of massive growth in crypto’s work in Washington, DC.

The Block collected and analyzed data from Senate lobbying disclosures for crypto firms and associations. The above figures take into account entities focused on crypto, as well as firms in adjacent areas with disclosures that highlight crypto or digital assets as central focus issues.

Among those included in The Block’s survey, the largest single lobbying operation was Coinbase, the largest US-based crypto exchange.

At the center of many heated debates — and some regulatory crosshairs — Coinbase reported $760,000 in lobbying spending last quarter.

That amount includes the work of three internal lobbyists: Kara Calvert, Kyle Williams and Ashley Gunn. All three joined Coinbase during the latter half of 2022.

At a panel before the American Enterprise Institute on May 2, Calvert noted that “I really started my journey with Coinbase back in 2015, 2016 and was one of the first and really only people up here talking about the need for regulation and how crypto as a whole was going to change the policy landscape.”

“I’m feeling way better than I was a year ago about the state of lobbying,” says Kristin Smith, executive director of the Blockchain Association. Of the expansion in DC-based operations, Smith said:

“For the most part everybody realizes that this isn’t a zero-sum game. Unlike more mature industries where it’s like ‘I win you lose’ to your competitors, in crypto we all win if the environment is clear.”

Blockchain Association Membership was 28 firms at the beginning of 2021. With a new cohort, that number is now 91, says Smith. Four, including Smith, of its staff of 17 are registered lobbyists.

The firm has held contracts with outside lobbyists since 2017 but only started reporting in-house activity in the middle of 2020. In December 2021, Block hired Tom Manatos from Spotify’s government relations team.

Manatos and the firm’s PR team both declined to comment on Block’s lobbying work.

Though Block is not strictly an industry company, its pivot to bitcoin under CEO Jack Dorsey has been notable and public — including in its rebrand from Square in December. The most recent disclosures specify “issues related to cryptocurrency and digital assets” as lobbying areas.

Other notable spenders in crypto lobbying include the DeFi Education Fund, which just began reporting in-house lobbying this quarter. Aggregate spending between in-house and contracts with four outside firms hit $260,000.

“Our main motivation is that we’re doing DeFi 101s with every Hill office,” explained Miller Whitehouse-Levine, the DeFi Education Fund’s Policy Director. “The core issues in Q1 were certainly the Warren bill and sanctions issues. But my eye is always on self-custody in general.”

It is important to note that the Lobbying Disclosure Act mandates reporting only for a limited set of activities. The government work of the teams above is, consequently, more extensive and expensive than the reports suggest. Firms like the Celo Foundation and Ledger, which have also started staffing DC-based government affairs teams in recent months, didn’t report any lobbying activity at all.

“As the Foundation continues its engagement with policymakers in these relevant jurisdictions, we intend to comply with all relevant laws in those jurisdictions regarding lobbying activity, including lobbying registration if required,” said Chris Hayes, who the Celo Foundation hired as head of government relations in March.

Seth Hertlein, who joined Ledger as global head of policy in January, also predicted more lobbying: “Ledger anticipates becoming more engaged in formal lobbying in Washington. We plan to grow our US policy team and will add outside representation as needed.”