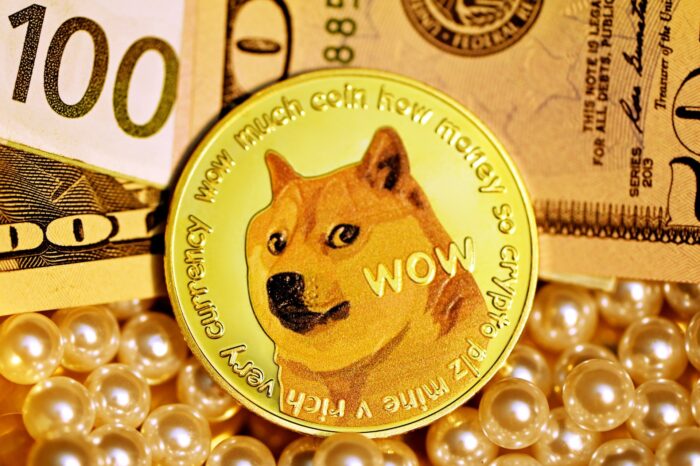 Dogecoin price analysis is bearish today as we have seen a strong advance met with rejection at the $0.15 resistance yesterday. Likely, DOGE/USD has retraced enough and now will look to continue declining along with the overall monthly trend.

On the 4-hour chart, we can see the Dogecoin price action starting to pivot as buyers are exhausted again.

Dogecoin price action has seen strong volatility so far in April. After a strong rally to the $0.18 mark at the beginning of April, a rapid retracement to $0.14 followed by the 7th of April.

From there, DOGE/USD consolidated and attempted to move higher twice, with the $0.1575 mark reached on the 10th of April. Another spike lower followed at the beginning of this week, leading to a clear lower low set around $0.135.

Since then, the Dogecoin price action has slowly retraced most of the previous day’s loss. Yesterday, the $0.15 mark was tested, and rejection from it was seen, indicating a potential end of the retracement.

Therefore, we expect DOGE/USD bulls to be exhausted again. Likely more downside will be tested soon, with the $0.13 mark being the next major support.

Dogecoin price analysis is bearish today as the market has seen rejection at $0.15 after a substantial retracement from the previous drop earlier this week. Therefore, we expect more downside to be tested soon, likely to reach further lows next week.