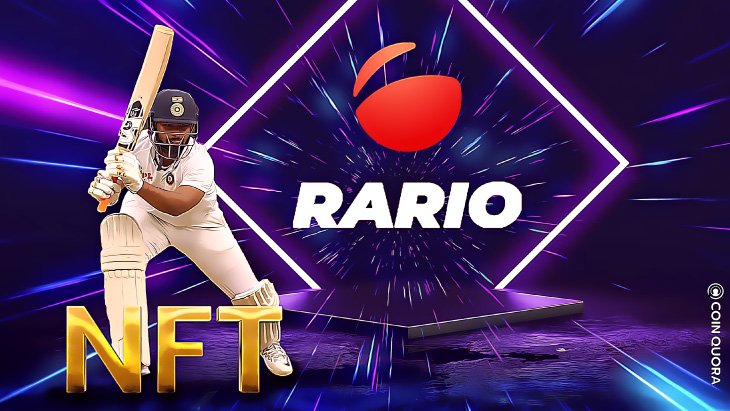 Based in Singapore, Rario offers cricket fans NFT player cards, video moments and cricket artifacts. The company said it has sold over 50,000 NFTs since its launch last year.

Sporting teams have been quick to jump on the NFT bandwagon of late. In December, Michael Jordan secured $10 million in seed funding to launch fan engagement platform Heir. Last month it dropped its first NFTs, which were priced at around 2.3 SOL ($220).

In soccer, Tim Mangnall, the CEO of Capital Block, an agency that specializes in helping teams and organizations in Europe and the MENA region launch NFTs for fans, claimed all 20 English Premier League clubs were considering involvement in NFTs. However, he also believes “95%” of NFT projects are destined to fail and advised caution among buyers.

Indeed, the liquidation of fan engagement platform Iqoniq, which counted LaLiga and the McLaren Formula One team among its partners, has already led to calls for more regulation around crypto sports sponsorships. And in December, the UK’s Advertising Standards Authority banned ads for Arsenal fan tokens on the grounds that they took advantage of customer inexperience in crypto assets.

Nevertheless, this trend in sports clubs creating NFTs shows little sign of abating just yet: Deloitte Global has predicted that NFTs for sports media will generate more than $2 billion in revenue this year and that by the end of 2022 4-5 million sports fans will have bought or been given an NFT sports collectible.

With the latest investment, the company will now get access to Dream Sports’ 140 million users, to whom they will offer more fiat-only products in India. Dream Capital has a nine-company portfolio focusing on sports, gaming and fitness tech.