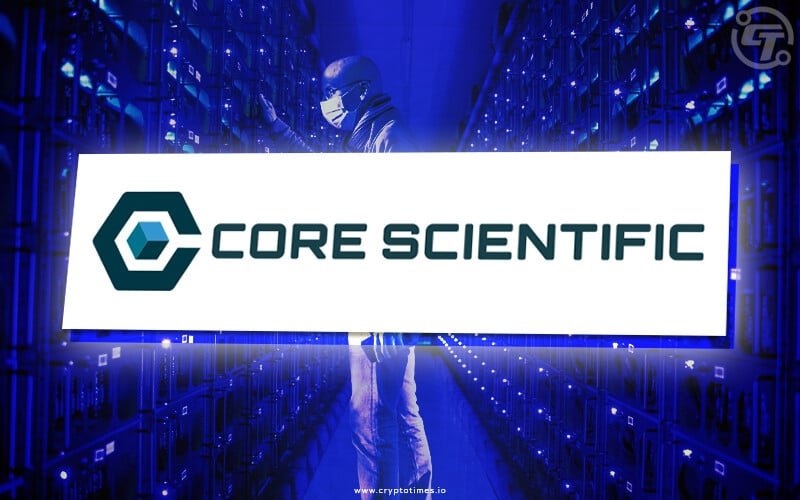 Bitcoin miner Core Scientific announced a net loss of $466.2 million in its first-quarter 2022 earnings report, compared with a net income of $6.8 million in the same quarter last year. Total revenue for the first quarter was $192.5 million, from $54.2 million last year.

During the earnings call on Thursday, Core Scientific CEO Mike Levitt said that in spite of “current financial market conditions,” the company was still well positioned to meet its growth objectives.

“Strong operational and financial foundation gives us the confidence to continue to build our capacity at a time where smaller companies may find it increasingly difficult to do so,” Levitt said.

Having previously set a goal of reaching a hash rate of between 40 and 42 exahash per second (EH/s) in 2022, Core Scientific downsized that numbers to between 30 and 32 in its most recent report.

“We have worked to de-risk our 2022 growth to between 30 and 32 exahash, fully supported by our existing capital structure. We preserve the flexibility to expand beyond our plan should capital market conditions improve,” Levitt said.

He added that even in the current environment, Core Scientific benefits from having hosting revenue, owning its own infrastructure and “producing more digital assets than any other company in North America.”

Meanwhile, bitcoin has fallen below $30,000 this week, amid turmoil in the Terra ecosystem.

“I’m often asked whether or not we will sell our self-mined bitcoins,” Levitt said, adding: “We strongly believe in the future of bitcoin and its role in the global financial system. We will continue to do anything in our power to maintain a stable, strong financial position and continue to invest in our growth. That said, we’ve sold digital assets this year, and we expect that will continue to be the case.”

Per Levitt’s comments, the company has adopted a conservative approach. Any possible growth beyond the current outlook will depend on whether it has the right type of capital available, as well as on hardware prices.