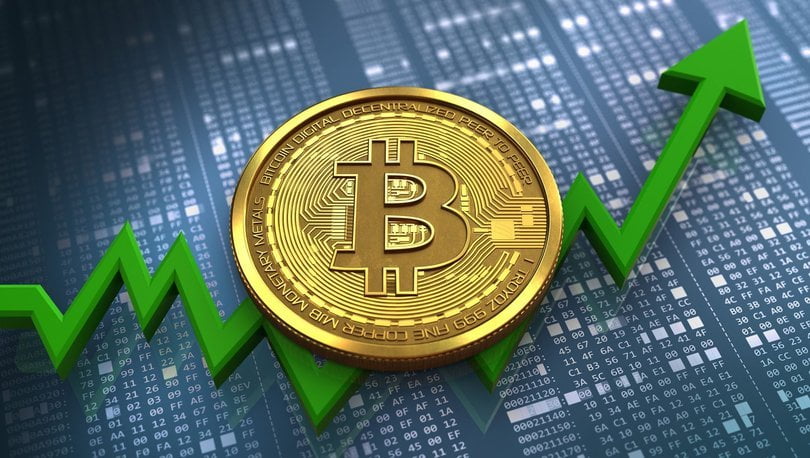 Wider adoption among individuals and institutions will support Bitcoin

As an investment option, Bitcoin (BTC-USD)

There is a golden rule of investing in what you understand. The new age investing rule is to invest (what you can afford to lose) in asset classes that 95% of investors fail to understand. Any new investment theme goes through a phase of price discovery. If the utility is established, the price discovery phase will translate into multi-fold returns. Bitcoin and dozens of altcoins are good examples.

As a matter of fact, Bitcoin still seems to be in a phase of price discovery. I believe that the cryptocurrency is positioned to trend higher in the coming years.

Let’s discuss the reasons to be bullish on the blue-chip stock of the cryptocurrency world.

Assume a new investor in equities. Even with the slightest of knowledge, the individual would know about companies like Apple (NASDAQ:AAPL), Microsoft (NASDAQ:MSFT) or Tesla (NASDAQ:TSLA). Further, in all probability, these stocks would be the first investment for a newbie.

Similar to this, new cryptocurrency investors would look at top coins like Bitcoin and Ethereum (ETH-USD) as initial investments. Given the projected growth in the number of investors, the demand supply scenario for Bitcoin is likely to remain tight. With a limited supply of 21 million, the cryptocurrency is positioned to trend higher.

Institutional adoption of cryptocurrencies has been accelerating. For Q4 2011, Coinbase (NASDAQ:COIN) increased its institutional customer base by over 50%. This includes big fund houses like Franklin Templeton. Increasingly, major institutional investors are recognizing Bitcoin as an asset class that deserves a place in a diversified portfolio.

One factor that will significantly increase institutional adoption of cryptocurrencies is regulations. According to Brookings Institution, the “White House is seeking to strike the right balance from the positives of crypto — financial efficiency, inclusion, American leadership in global finance — with its negatives: potential illicit financing, consumer and business abuse, and regulatory arbitrage.”

I believe that major economies will regulate cryptocurrencies. While that would disappoint from the core perspective of decentralization, crypto survival and growth seems likely.

Historically, gold has been an effective hedge against inflation. The latest data indicates that inflation is at a 40-year high in the United States.

These inflation numbers do not account for the surge in energy price due to geo-political tensions. Therefore, inflation is likely to accelerate further in the coming months.

It’s important to understand why gold is considered as an inflation hedge. First, gold has limited supply and its supply can’t be increased at the same pace as fiat money. Further, gold has historically been considered as a currency. Even central banks hold gold in their reserves.

These two factors also hold true for Bitcoin. As mentioned earlier, the cryptocurrency has a limited supply of 21 million. Bitcoin is already being used as a currency by individuals. It might still not be recognized by governments. However, there are no questions on the utility of Bitcoin as a means of payment. Factors such as money laundering concern governments more than Bitcoin being used as an alternative to fiat money.

Therefore, there is no reason to believe that Bitcoin can’t serve as an effective hedge against inflation. Investors will argue that with multiple rate hikes, Bitcoin might trend lower. However, even with four or five rate hikes in 2022, real interest rates are likely to remain negative. This is likely to translate into continued fund flow into risk asset classes.

Bitcoin has been volatile with a downward bias in 2022. The key reasons include regulatory headwinds and tightening of global liquidity.

However, it seems that the concerns are largely discounted in the current price. It’s likely that Bitcoin will move to new highs after consolidation around $40,000 levels.

On the date of publication, Faisal Humayun did not hold (either directly or indirectly) any positions in the securities mentioned in this article. The opinions expressed in this article are those of the writer, subject to the InvestorPlace.com Publishing Guidelines.

Faisal Humayun is a senior research analyst with 12 years of industry experience in the field of credit research, equity research and financial modeling. Faisal has authored over 1,500 stock specific articles with focus on the technology, energy and commodities sector.