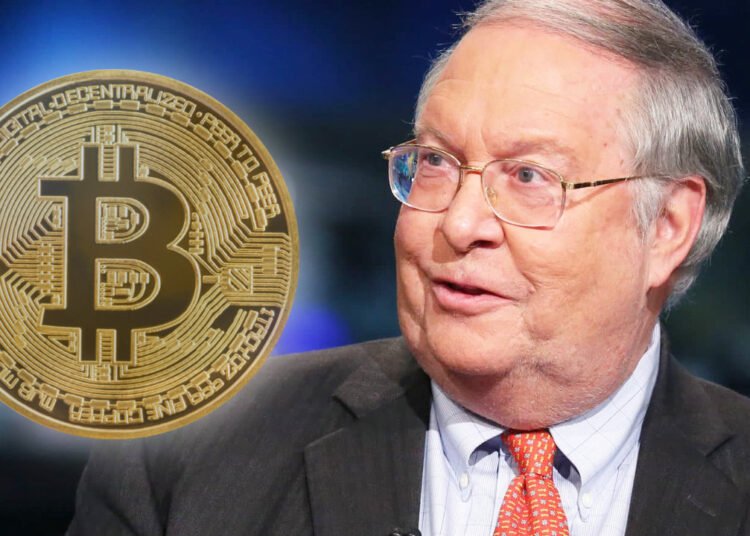 Billionaire Bill Miller, a seasoned billionaire investor, explains why he believes the current crypto outlook is very positive for Bitcoin.

Miller likens Bitcoin to digital gold when it comes to the digital currency. Other cryptos are simply “adventure investments” since they lack the uniqueness of Bitcoin, he said.

A fund manager, Miller highlighted that nearly half of Russia’s reserves are held in currencies controlled by individuals seeking to do them damage.

Miller, a co-founder of Miller Value Partners, spoke on the future of crypto in the face of Russia’s ongoing invasion of Ukraine.

“The rest of crypto is a different story,” he said. The remainder of the cryptos could be called “adventure investments” since he believes they are all attempting to tackle different challenges.

The renowned value investor has been a long-term advocate of bitcoin. Last month, he revealed he had “a substantial” amount of bitcoin, and compared it to digital gold as a hedge against inflation.

He also referred to the current crypto outlook and Bitcoin as “insurance against financial disaster.”

Miller’s deep knowledge of investing and the stock market holds weight because of his vast business experience.

Russia has 16% of its $640 billion in reserves in dollars, with 32% of assets denominated in euros.

According to Miller, they have 22% of their reserves in gold, which is the only component other nations cannot seize. He said:

“I believe this is very bullish for bitcoin.”

Several nations have slapped Russia with all sorts of sanctions since it attacked Ukraine.

As a result, the Russian currency and the stock prices of Russian enterprises listed on foreign exchanges have fallen precipitously.

“We will paralyze the assets of Russia’s central bank,”

This announcement is expected to result in transactions being suspended and, in effect, will render the central bank unable to dispose of its assets.

Meanwhile, the CEO of Devere Group, Nigel Green, also shares the same level of optimism and has predicted that bitcoin’s price will reach $50,000 by the end of this month if the current outlook for the crypto is to be the gauge.

Bitcoin is now trading at $39,007. Green believes that the dollar’s standing as a global reserve currency might be threatened if viable and practical alternatives, such as cryptocurrency, emerge.

He said that the conflict between Russia and Ukraine has prompted people, corporations, and government agencies throughout the world to explore “alternatives to traditional systems” in response to the war.

According to Green, Bitcoin is now the 14th most valuable currency in the world, and he thinks it will rise much higher in the rankings in the coming months.

“Smart investors recognize this and will increase their exposure to cryptocurrencies before prices further climb.”

The Devere boss believes geopolitical tensions and institutional investors are driving the price of the (still) most sought-after crypto in the world.