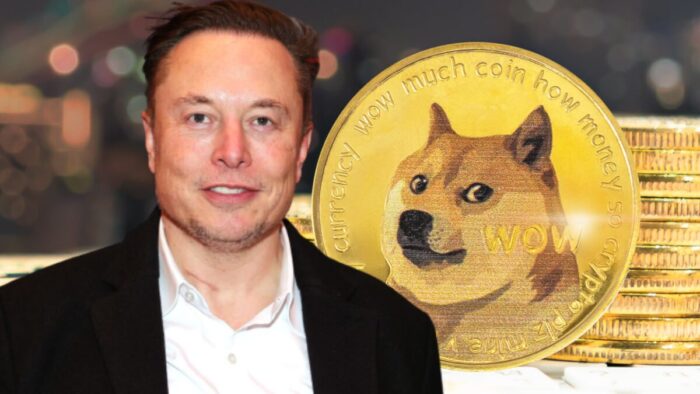 On Friday, Tesla CEO Elon Musk took to Twitter, telling Dogecoin co-founder Billy Markus that the project has potential as a currency.

“I enjoy that something stupid could also have utility and be successful,” Markus stated.

In a 2021 Twitter exchange with Musk, the American programmer had also noted that dogecoin was “fast, scalable, and inexpensive to send around,” which is what “it need[ed] to be. Markus also emphasized that the meme coin didn’t need to become another blockchain protocol that hosts other tokens of NFTs.

Could Musk’s endorsement raise the price?

Dogecoin has clocked around 22% gains in the last 24 hours on CoinGecko, as the weak crypto market attempts a slight recovery. Yet, the global crypto market cap remains close to $1.3 trillion, as of Friday, and DOGE is contributing over $12 billion to the cumulative figure.

In the past as well, the SpaceX CEO had called DOGE “the people’s crypto,” positively impacting its market price.

“Lots of people I talked to on the production lines at Tesla or building rockets at SpaceX own DOGE. They aren’t financial experts or Silicon Valley technologists. That’s why I decided to support Doge – it felt like the people’s crypto,” Musk previously stated.

For the meme coin’s vision to be seen through, Musk also says the DOGE development team should be focusing on “lowering fees, decreasing block time, and increasing block size.” Sharing Musk’s sentiment, Markus also agrees that Dogecoin should be promoting itself as an actual digital currency.

The meme coin co-founder has previously argued that Dogecoin’s success is predicated upon the utility that comes from “using it, accepting it, and showing others the benefits to do so.”

Whales holding on to DOGE

According to research by IntoTheBlock, 66% of the total holdings of the meme coin is with whales, which accumulate over 1 percent of the circulating supply.

Dogecoin is also one of the most used smart contracts among the top 500 BSC whales, according to a May 9 study released by WhaleStats.

Currently, DOGE is maintaining a 24-hour price range of $0.076710 and $0.094166. Fifty-three percent of DOGE holders are making money at the current price levels, while 3 percent are at breakeven.

In this article:Crypto, Dogecoin, Finance