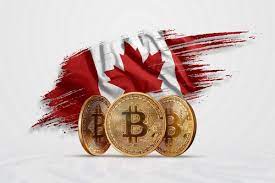 Conservative leadership candidate Pierre Poilievre has promised to “unleash” the potential of crypto if he becomes prime minister, and make  Canada “the blockchain capital of the world.”

Speaking in London, Ontario, Poilievre said he wanted to put “Canadians back in control of their money.” And while touring the town, he put crypto to the test by using it to buy shwarma in a local restaurant. He said that the shop owner had “outsmarted” the federal government to “beat inflation.”

His views contrast to those of Justin Trudeau

His views are a stark contrast to those of the current prime minister, Justin Trudeau, who ordered a freeze on crypto-assets under the Emergencies Act last month following a strike by truckers over COVID vaccinations.

Trudeau called the demonstrations “illegal” and “dangerous,” before the Canadian authorities shut down online fundraising by anti-vaxxers. And now, some of these Canadians are reportedly considering supporting the Conservatives.

Poilievre argues the “Government is ruining the Canadian dollar, so Canadians should have the freedom to use other money, such as Bitcoin.”

Last month, Conservatives called for a crypto framework, introducing a bill in Parliament.

Arguing in favor of the growing crypto industry, Conservative MP Michelle Rempel Garner asked for “a prescriptive policy approach” to allow people working in the space “to drive the bus in developing the policy.”

Poilievre is a critic of the fiscal policies of the current government. “Canada needs less financial control for politicians and bankers and more financial freedom for the people. That includes freedom to own and use crypto, tokens, smart contracts, and decentralized finance,” he argued.

Alberta has eyes on becoming a crypto hub in North America. CBC recently reported that the oil-and-gas powerhouse has been attracting businesses in the space.

Jobs Minister Doug Schweitzer said in an interview that crypto companies have shown “immense interest” in the province. “It’s still very much in its infancy in Alberta. But I think there’s an opportunity for Alberta to play a leadership role in Canada by creating a home for these venture companies.”