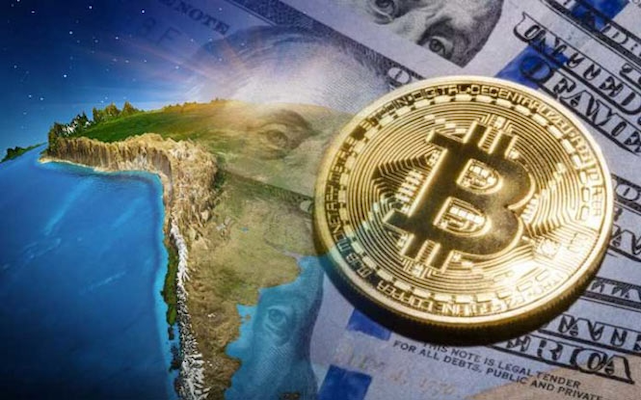 Worldwide, Mexico is the second-largest beneficiary of remittances, according to World Bank data from 2021. In July, remittances to the country reached a new high of $5.3 billion, a 16.5% rise over the same time previous year. Numerous opportunities are presented by the consistent expansion for fintech businesses. Unsurprisingly, a plethora of cryptocurrency businesses are opening offices in Mexico in an effort to capture a piece of the expanding remittance market. About six major cryptocurrency companies, including Coinbase, have established operations in the nation in the last 12 months alone.

A cryptocurrency transfer service designed for customers in the United States who want to send cryptocurrency remittances to Mexico was announced by Coinbase in February. The feature made it possible for users in Mexico to withdraw money in pesos.

Later, additional businesses joined the venture. The Malaysian-based digital currency exchange Belfrics revealed plans to launch crypto transfer services in Mexico in August. The company will begin by introducing blockchain wallet and remittance service options, according to the statement that was publicly released.

Tether is another well-known business that is vying for a piece of the Mexican crypto remittance market. The crypto firm introduced the MXNT stablecoin, which is linked to the peso of Mexico, in May. The company claims that users would be better able to deal with volatility and use cryptocurrencies as a store of value thanks to the collateralized digital currency.

In addition to the new entries, local Mexican cryptocurrency firms like Bitso, one of the biggest crypto exchanges in Latin America, are also taking steps to expand their reach in a sector that is becoming more and more competitive.

The Mexican company and Circle Solutions, based in the US, formed a collaboration in November 2021. The partnership allows the organization to leverage Circle’s payment infrastructure to enable crypto remittances from the United States to Mexico.

For instance, “Bitso’s clients like Africhange, which recently integrated Canada-Mexico crypto-powered remittance services to Bitso, and Everest, which enables remittances from the United States, Europe, and Singapore into Mexico, are offering a cheaper and faster way to send money to Mexico,” the executive said.

The industry drivers for crypto remittances in Mexico

The enormous Mexican population living abroad is one of the main elements influencing the Mexican crypto remittance market today. The countries with the most Mexican immigrants at the moment are the United States and Canada.

The U.S. Census Bureau reported in 2020 that there were roughly 62.1 million Hispanic individuals living in the country at the time, with Mexicans making up 61.6% of this group. According to data from 2021, the United States accounted for around 94.9% of all remittances to Mexico, while Mexicans living in Canada sent $231 million in the second quarter of 2022.

In a nutshell, the increase in Mexican immigration to the United States and Canada is driving up remittances, and the high demand is spreading to the crypto payments sector. The rise in remittances over the past several years has also been influenced by the depreciation of the Mexican peso and the advent of a strong dollar.

This behavior has been seen in prior crises, such as the financial crisis of 2008, which severely disrupted the Mexican economy. Institutions and investors from Mexico frequently turn to the dollar in these circumstances because it normally has a stronger purchasing power. When coronavirus lockdowns started in March 2020, the value of the US dollar increased by about 30% in Mexico. The average remittance transfer to Mexico grew from $315 to $343 at the same time.

The availability of dollar-pegged cryptocurrencies now enables Mexicans residing abroad to take advantage of the stronger dollar’s purchasing power to make investments and buy things in their country of origin, which accounts for the greater remittance rates.

Because third-party mediators are removed from the transaction process by blockchain technology, remittance transactions are completed more quickly and at lower cost.

Bryan Hernandez, president and co-founder of Structure, talked about how these elements are affecting the Mexican remittance business. His business runs a mobile trading platform that exposes investors to both conventional and virtual currency markets: “Crypto firms see a great opportunity here to use blockchain technology to expedite (traditional money transfer) procedures. Cross-border payments can be conducted instantly and directly using cryptocurrencies with little to no expenses.”

In Mexico, it is challenging for residents to access financial services because many financial institutions are dispersed far from rural communities. By allowing residents in these regions to access their money without having to go far, crypto remittance solutions are starting to address this gap.

They can also provide services to unbanked people. Currently, more than 50% of Mexicans do not have a bank account. For those in this group, using crypto remittance solutions is convenient because all that is required to receive money is a crypto wallet address. Because of their mistrust of banks, more Mexicans are adopting the crypto remittance craze. Redlining actions against Mexicans in the diaspora occasionally occur, which has increased the use of crypto remittance services.

Chief marketing officer of CoinsPaid, Dmitry Ivanov, said in public that the increased use of cryptocurrency remittance networks in Mexico was sure to increase acceptance generally. The benefits derived from digital currencies have made Mexicans see how exploitative banks have been thus far with their charges, and the general comparative inefficiency has made them distrust traditional financial institutions in general. The clear advantage of digital currencies is what is paving the way for their broad-based adoption in the nation and the Latin American region as a whole. The country’s remittance influx might be dominated by cryptocurrencies with a little more regulatory pressure.

For Mexican customers, blockchain remittance solutions provide a variety of significant advantages, including quick transfers and minimal transaction costs. To rule the market for cross-border payments, they must first overcome three major obstacles. For instance, the technical structure of cryptocurrency platforms and the few choices for withdrawing money in local currency provide some particular difficulties that are likely to hinder adoption.

The majority of Mexicans still prefer to pay with cash. In the 2021 McKinsey Global Payments Report, Mexico was ranked first among the nations expected to use cash heavily in the upcoming two years. According to the research analysis, by 2025, consumer cash payments will make up around 81.5% of all transactions in Mexico.

Despite rising crypto remittance rates, this represents a significant barrier to the country’s acceptance of cryptocurrencies. It will be interesting to watch how tech-savvy and crypto advocates deal with adoption’s difficulties in the future and capitalize on the momentum offered by the expanding remittances sector.