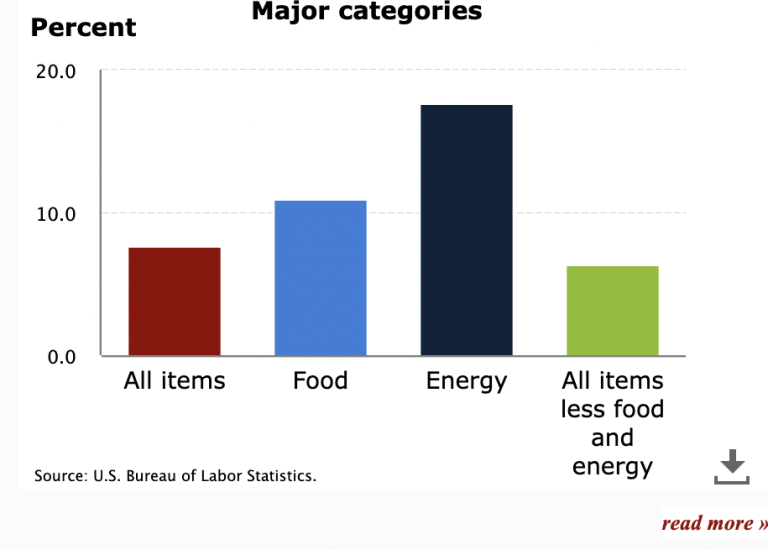 After a turbulent week, the crypto prices have a chance to catch their breath as the CPI data shows that the inflation rate has started to cool. After dipping below its June low, Bitcoin price has started to climb again, and it’s looking as if the rest of the crypto market is on its way to making a come back.

The CPI (consumer price index) data released by the government shows a lower-than-expected increase. The latest numbers say that the consumer price index has increased by a mere 0.4%, which is a sign of big relief for those who were thinking that it would be somewhere around 0.6% to 0.8%.

After the US midterms election results triggered a massive sell-off, pushing the Bitcoin price down to $15.48k, these numbers prompted bulls to create a relief rally. The rebound has resulted in the Bitcoin price climbing above $17k.

While this bounce isn’t a result of a bullish engulfing pattern, hope remains as the seller’s market has emerged in the crypto space.

Here is the intra-day chart for Bitcoin showing that bulls have started to step in. However, there were some sell-offs in the early hours of 11th November.

Following closely to this trend, Ethereum has also started to climb back. At the time of writing, the Ethereum price is above $1.2k.

While it is uncertain how long this rally will last, many say the worst is over.

Not All Assets have the Reason to Celebrate

While Ethereum’s and Bitcoin’s price rally has started to give people hope, not all cryptocurrencies have a cause to celebrate, most of all FTT.

The native crypto of the FTX cryptocurrency exchange collapsed from $22 to $3.2 within four days. As more and more info has started to emerge about FTT’s founder’s misuse of the user’s assets, people’s confidence in this once-leading cryptocurrency exchange has begun to wane. A major catalyst of this downfall was Binance backing out of bailing out FTX after it became clear that FTX was beyond saving. Does that mean FTT is bound to suffer the same fate as LUNA?

The intra-day trading chart shows that might not be the case, as some goodwill remains due to Sam Bankman-Fried’s public image in the crypto space.

After maintaining silence on the subject for so long, Sam Bankman-Fried issued a public apology after on Thursday. Early reports show that SBF has lost 94% of his $16 billion wealth in one single day and now is asking for billions to bail out the troubled cryptocurrency exchange.