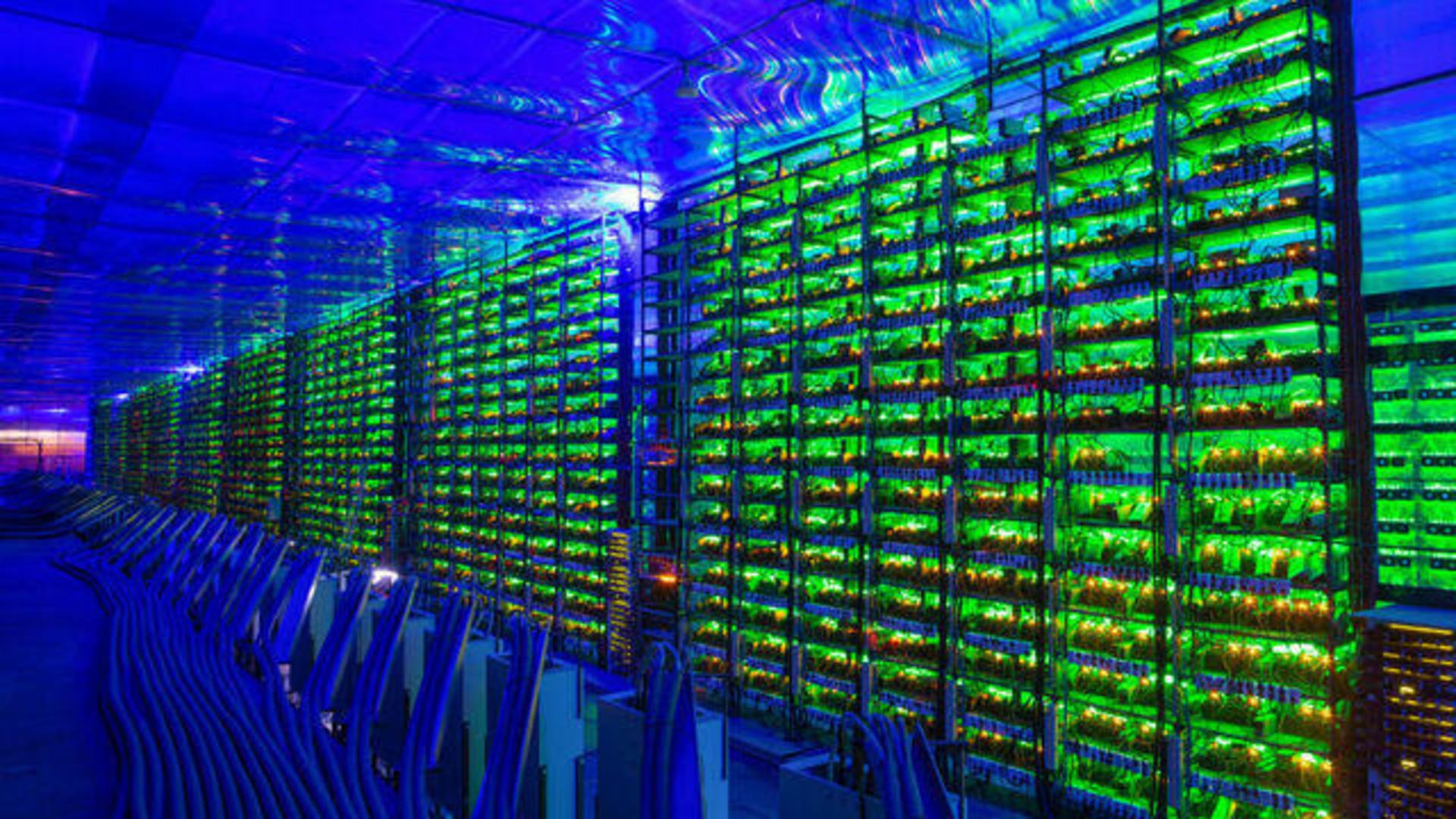 Since their debut ten years ago, cryptocurrencies like Bitcoin and Ethereum have done significant progress. They have changed from being praised as the Internet’s currencies to becoming volatile digital assets. Initially, all you needed to mine Bitcoin was a laptop, but because to the exponential increase in the amount of power required to produce Bitcoin, this is no longer an option.

Currently, the greatest cryptocurrency in the world, Bitcoin, uses more electricity than Argentina, a country of 45 million people, which uses an estimated 133.64 terawatt-hours yearly. Previously, Ethereum, the world’s second biggest cryptocurrency, had a similarly enormous usage, but that has been remedied recently with the switch to Proof of Stake.

This is a form of mining in which extremely fast computers compete with one another to execute transactions by solving quintillions of numerical guesses per second intricacies. Miners earn fresh coins as payment for this computational service, giving them a financial incentive to keep the machines running.

Many nations have decided to restrict cryptocurrencies outright due to the growing concern about the negative impact that cryptocurrency mining has on the environment. These nations include China, Algeria, Bangladesh, Egypt, Iraq, Morocco, Oman, Qatar, and Tunisia. Russia is the newest nation to outlaw cryptocurrency mining. But firms have also acknowledged the damaging effects that cryptocurrencies have on the environment, not just nations. Due to worries about climate change, Tesla, an electric car manufacturer, stopped accepting Bitcoin for vehicle orders in May 2021, according to a tweet from Elon Musk, the company’s CEO A longtime proponent of cryptocurrencies, Musk’s tweet, at that time, caused Bitcoin to decline by more than 10%.

The good news is that the industry has begun to take a number of measures in this regard after waking up early.  According to Sumit Gosh, CEO of Chingari App,

“Within ten years of the invention of Bitcoin, efforts were made to make the crypto business more environmentally friendly and sustainable. When compared to other industries that have been around for a while, they have not yet developed totally eco-friendly alternatives. Consider the automobile sector. Although internal combustion (IC) engines, which are responsible for excessive carbon emissions, have been around since the 19th century, the vehicle industry has yet to provide a mass-market, scalable, ecologically friendly replacement”

The Crypto Climate Accord was established in 2021 with the goal of decarbonizing the cryptocurrency industry by making it simpler for blockchain initiatives to buy offsets. So far, more than 200 businesses, blockchains, and individuals working in the technology, energy, finance, and cryptocurrency industries have endorsed it. Here are some further projects.

Some in the business are attempting to create new cryptocurrencies on a different energy system dubbed “proof of stake,” despite the fact that the energy system that powers Bitcoin is currently the one known as “proof of work.” In this regard, Ethereum, the second-largest cryptocurrency, has already switched from a Proof-of-Work (PoW) model to a Proof-of-Stake (PoS) structure.

Anyone who possesses any quantity of cryptocurrencies can use the “proof of stake” method to pledge their tokens as collateral for the advancement of blockchain technology. When a new block is added to the blockchain, the user is compensated with a specific portion of the pledged assets. The’staking’ of cryptocurrency assets refers to this practice. When compared to “Proof-of-Work,” Proof-of-Stake uses very little energy. Just 0.01 percent of the energy needed for mining is used in this operation. Additionally, unlike to the proof of work protocol, which requires specialized processing equipment, proof of stake algorithms can be run from a laptop.

Another option is hybrid consensus models like Solana, which combine Proof-of-History and Proof-of-Stake to let the network to process up to 50,000 transactions per second (tps), compared to the many minutes it takes to validate a single Bitcoin transaction. Additionally, Solana’s average transaction cost is $0.00025, suggesting that it has a huge capacity for growing.

Mining with renewable energy is already in use with energy-efficient consensus algorithms like proof of history (Solana), proof of elapsed time, proof of burn, and proof of capacity, in projects such as Solarcoin and Power Ledger.

Given the way digital currency is set up, it is well known that there is a limitless amount of Bitcoin that can be mined. And as miners rapidly reach that top limit, the amount of energy needed to mine each token will only rise. Therefore, a number of businesses have begun to migrate toward renewable energy sources including hydropower, wind, and solar energy. These companies include those with names like Argo from London, Hive Blockchain from Canada, and Bit Digital and BlockFusion from the United States. Then there is the Houston-based tech company Lancium, which funded $150 million to construct renewable-powered Bitcoin miners around Texas.

So how much of mining is powered by sustainable energy? According to Michael Saylor, the CEO of the software company MicroStrategy, who founded the Bitcoin Mining Council, a voluntary global community of Bitcoin mining companies, the percentage is 59.5%. However, a recent study on the electricity mix and carbon footprint of the Bitcoin network (entitled Revisiting Bitcoin’s carbon footprint), published in the Elsevier journal Joule on February 25, 2022, finds that the proportion of renewable energy that powers the network is declining, from 41.6% in 2020 to 25.1% in August 2021.

Although renewable energy sources like wind and solar power lower the cost of mining, its limitations stem from the fact that they are an erratic source of energy. Energy use for bitcoin miners is constant. When using wind energy, the amount of electricity produced varies depending on the weather. Blackouts may occur as a result of grid congestion brought on by an excess supply. The difficulty of other renewable energy sources, such as solar energy, to consistently produce enough electricity for nonstop trading throughout the day poses challenges as well. Once activated, a Bitcoin ASIC miner won’t be shut off until it either malfunctions or loses the ability to mine Bitcoin for a profit. Because of this, a grid’s base load requirement is increased by bitcoin miners.

One of the biggest chip manufacturers in the world, Intel, released a new Blockscale ASIC chipset in April of this year to increase the effectiveness of crypto mining carried out via a proof-of-work mechanism. It guarantees Bitcoin miners will receive the same number of bitcoins while using less energy. Contrary to industry practice, Intel will offer its clients just the chip rather than the entire ASIC mining setup. The company also asserts that it will be able to supply these chips in large quantities without endangering the availability of new CPUs or GPUs. Argo Blockchain, Hive, and Block Inc., among others, have signed up to buy the chip.

US becoming the new mining center

In September 2021, China outlawed cryptocurrencies, which caused a huge change in the Bitcoin mining landscape. The US swiftly rose to the top of the list in terms of hashrate and became the world’s largest Bitcoin miner. This was due to a combination of factors, including the availability of renewable energy sources, low energy prices, and legislation that supported cryptocurrencies. In particular, the state of Texas has a lot to offer the miners. Energy prices in the state are among the lowest on earth, which is a big draw for miners who work in a low-margin sector where their sole variable cost is frequently energy. Additionally, the state is home to legislators who are pro-business and crypto-progressive. In the US, West Texas is the epicenter of renewable energy.

India is the fourth-largest generator of solar power in the world, and more than a third of its total energy capacity is derived from renewable sources, yet it is still lagging behind in the field of cryptocurrency mining. The central bank and government of India have a love-hate relationship with cryptocurrencies so far. They have openly denounced the asset class in the past, and even momentarily stopped banks from supporting such transactions, while also making suggestions that they would issue their own digital currency.

The Bengaluru-based blockchain technology startup AB Nexus had to stop mining Bitcoin and Ethereum in 2017 when it imposed a ban on the import of ASCI machines made expressly for cryptocurrency mining.

States that rank in the top five states for solar energy generation, such as Rajasthan, Karnataka, Telangana, Tamil Nadu, and Andhra Pradesh, make for excellent prospects for cryptocurrency mining. However, India is wasting this opportunity.
Raj Kapoor, the organization’s founder, claims “The issue of mining’s excessive energy usage can be resolved by making use of the world’s abundant natural resources. But by failing to regulate mining, India has fallen behind and is missing out on significant chances to generate income. A person who mines a cryptocurrency receives a reward that is considered income and is subject to taxation. Worldwide, there are countless thousands of transactions. Even a small portion of such mining would bring in money for India. It will not only affect our revenue and GDP, but it will also promote employment. In that sense, the entire ecosystem will be affected.”