More than $1 billion worth of Ether is still locked in the ArbiNYAN yield farm despite the price of its native token crashing more than 90% in 24 hours.

Ethereum layer-two rollup network Arbitrum One is beginning to see significant growth, with its total value locked (TVL) surging by roughly 2,300% this past week.

According to L2beat, an analysis platform comparing layer-two protocols, Arbitrum’s TVL tagged an all-time high of $1.5 billion on Sept. 11 as DeFi degens rushed to invest in early farming DApps launching on the network.

Off-chain Labs launched Arbitrum to mainnet following a $120 million funding round on Aug. 31. Since then, Ethereum transaction fees have surged to their near-record levels, driving a migration of liquidity to layer-two scaling solutions and rival layer-ones.

Arbitrum currently holds 65.7% of all capital locked on layer-two networks, followed by the second-layer decentralized exchange dYdX with 14.6%.

Much of Arbitrum’s growth can be attributed to the ArbiNYAN yield farm, which lured investors with multi-thousand percentage returns for staking its native token.

However, bullish sentiment surrounding ArbiNYAN appears to have been short-lived, with its native token shedding more than 90% of its value in less than 12 hours. At the time of writing, NYAN was trading at just roughly $0.60 after sinking as low as $0.45, with current prices down 92% from its Sept. 12 peak of $7.85 according to Defined.

Despite hype for ArbiNYAN appearing to have fizzled out fast, the rapid migration of liquidity onto Arbitrum impacted the wider DeFi ecosystem.

One savvy DeFi farmer noted that the sudden withdrawal of roughly 200,000 Ether (worth $660 million) from Curve’s stETH pool since ArbiNYAN’s launch had created an arbitrage opportunity through slippage.

A significant share of the capital flowing to Arbitrum also appears to have come from so-called ‘Ethereum killers’.

Dune Analytics data shared to social media on Sept. 12 indicated that while Arbitrum’s TVL grew by roughly 2,300%, the TVL of bridges to Solana, Fantom, and Harmony had shrunk by 58%, 36%, and 62% respectively that same week.

Funds withdrawn from Arbitrum back to the Ethereum mainnet take seven days to process.

All of Ether deposited will remain on Arbitrum for the seven-day period until it is available for withdrawal. At the time of writing, DefiLama reports there is still $1.55 billion locked into ArbiNYAN despite the collapse of the NYAN token price. Sovryn DeFi platform loses over $1M in a hack

Sovryn, a decentralized finance protocol on the Bitcoin network, has lost more than $1 million in an exploit. The hackers used a price manipulation technique... 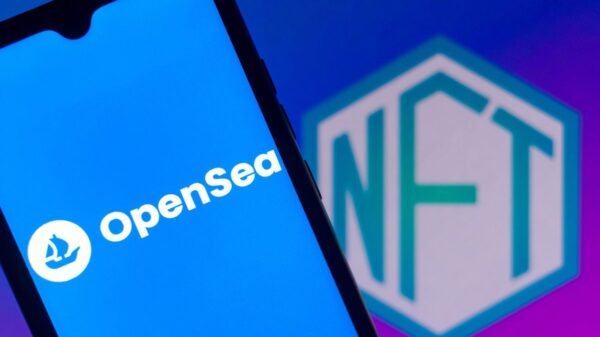 OpenSea, the largest marketplace for non-fungible tokens (NFTs) and crypto collectibles, has announced that it will permit users to make bulk listings and purchases...